Taken from the highly anticipated new album ‘The Language of Curiosity’ which is released on November 5, 2021 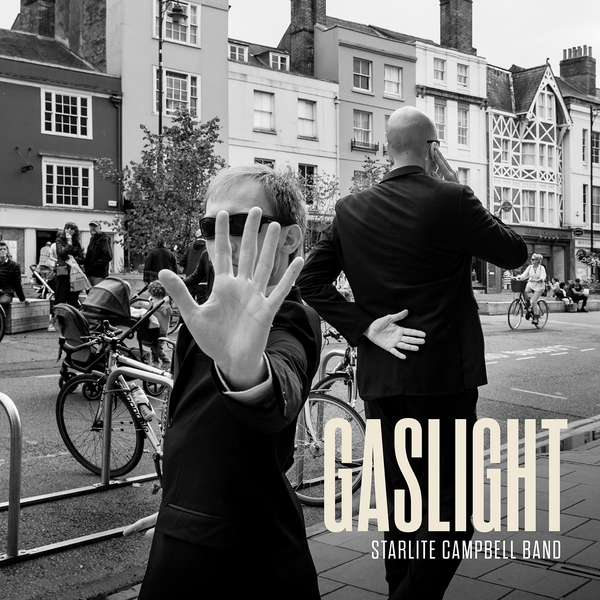 Gaslight is the third single taken from their highly anticipated forthcoming album The Language of Curiosity released on the Supertone record label on Friday, November 5, 2021.

Written in response to fake news, gaslighting facts and the blurring of truth by people in power around the world, Starlite and Campbell have created an upbeat rocking retort intended to put a bounce in your step and hope in your heart!

Many have been struck by Simon’s fabulous and unique slide guitar playing style. Known to play slide on his custom National ResoRocket Steel guitar as heard in debut album ‘Blueberry Pie’, he opted for a much grittier tone for this song bringing into service the mighty vintage Gibson Flying V;  his first-ever guitar given to him by his parents for his 18th birthday. With the aid of a ceramic slide, Campbell creates a series of cheeky melodic riffs and a solo that adds a sense of slightly drunken roots-punk to the overall feel of the song.

The video for Gaslight was filmed by artist and videographer Amanda Naughton based in Lisbon, Portugal. Suzy explained “It’s really important for us to collaborate and work with people who understand what we’re about as storytellers and artists. When we sent Amanda The Language of Curiosity she really loved what we had created musically and was buzzing with inspirational visual ideas for the music video which worked perfectly for all of us.”

“The questioning of one’s perception of reality and sanity through gaslighting inspired the imagery and techniques used in making the video. Slow-motion scenes with things being smashed to the sound of distorted guitars and crashing cymbals, all set against the enchanting backdrop of Portugal’s blue skies felt like a perfect psychological and visual fit” explained Amanda.

Gaslight is now available to buy, download and stream. All album preorders for 'The Language of Curiosity' receive an immediate free high-quality digital download of the song plus all the band's single releases in 2020/2021: ''Stone Cold Crazy', 'Lay It Out On Me' from the LOC plus their version of the classic song from Blind Faith 'Can't Find My Way Home'.

The band will be touring the UK and Europe in October/November 2021. Check out their gig dates here!

Watch the video for Gaslight! Enjoy!!